The Recording Of Public Enemy's 'Fight The Power' 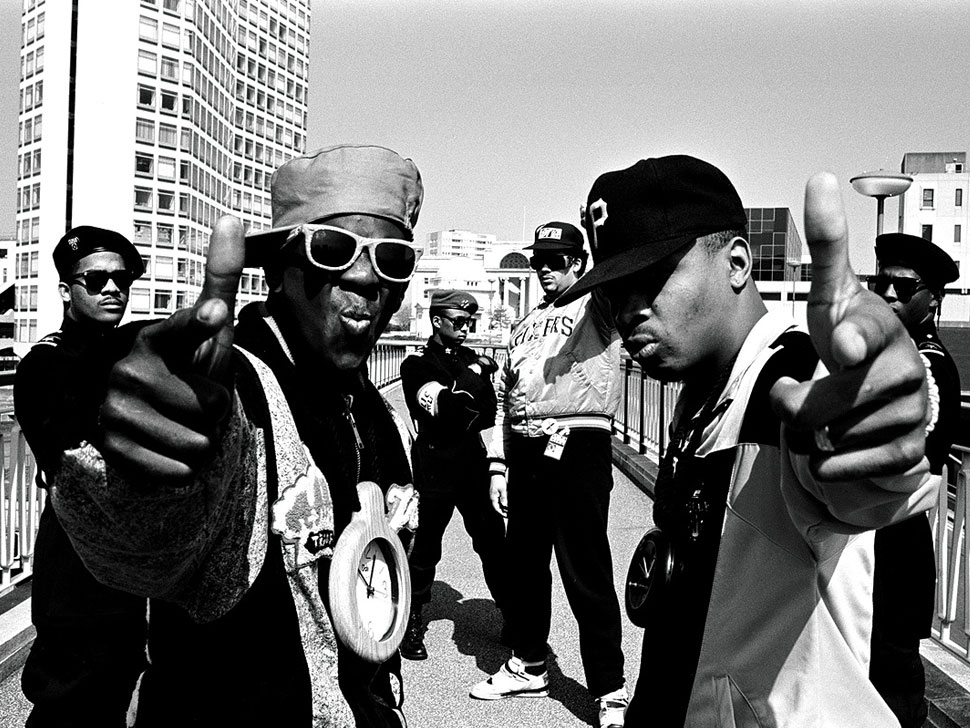 A tale of the boys in black, backs against the wall, with only their wits and an Akai S-900. Turns out, Spike Lee loved it.

Sure, they're famous now. But Public Enemy wasn't always a household name. Back in the day it was all Ramen noodles and 8-bit Ensoniq Mirage samplers. Now how's a guy supposed to make music with that?

Fast forward to around 1989 and Spike Lee is getting ready to explode out of the gate with Do The Right Thing. And he has this idea. Wouldn't it be great if I put Public Enemy together with Terence Blanchard and they wrote an anthem for my movie?

The boys in PE actually didn't think that was a great idea at all. In fact, they just went off and did the track themselves after their protests fell on deaf ears. It turns out they did the right thing (get it?) and came out with "Fight The Power", an aural tour de force that put Public Enemy in the big leagues.

Mix told this story as part of their "Classic Tracks" series. And if you read the original you'll find all sorts of music geek info about the samplers, board and studio they used.

Here at Sessionville, we're attracted to a broader theme. Like the revolution PE brought to the world of hip hop and politics. After Chuck D called Elvis a racist and then went on tour with the Beastie Boys, it was plain to anyone paying attention that these guys were going to be huge. And not just musically speaking.

Do The Right Thing got an Oscar nomination (best screenplay) and Spike Lee went on to be, well, Spike Lee. As for Public Enemy, no one can deny that they changed music forever, made political statements the establishment could not ignore and showed the world you could wear a giant clock around your neck and still be taken seriously. Thanks, guys.