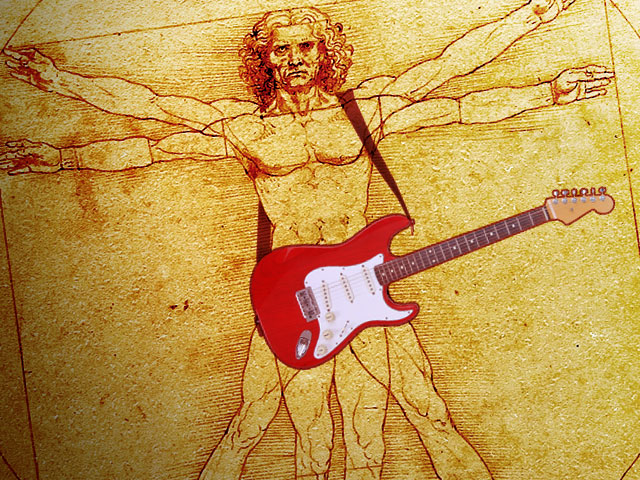 What, you thought music just magically appeared one day? Someone has to think this stuff up, you know.

Years later, people who are way smarter than we are—like Dr. Chris Loersch— came up with a much more widely accepted theory. Chris and Co. believe instead that music "was an attempt at social glue, a way to bring early humans together into a close-knit community".

To test this theory, we got in touch with the head scientist at Sessionville Science Labs, a wholly owned subsidiary of Sessionville, lead by a high school biology teacher named Mr. Squince who was fired for being accused, but never convicted, of some funny business with a certain varsity field hockey player who shall remain nameless.

As you might have guessed, Mr. Squince finds Dr. Loersh's theory to be utter horse shit for the following 3 reasons:

Either way, you'll want to do some of your own research. And you can start with this here National Geographic article because it's short and has nice pictures to look at.

Once you figure out the truth of the matter, please leave it in the comments section below so we here at Sessionville can one day be as smart as you.