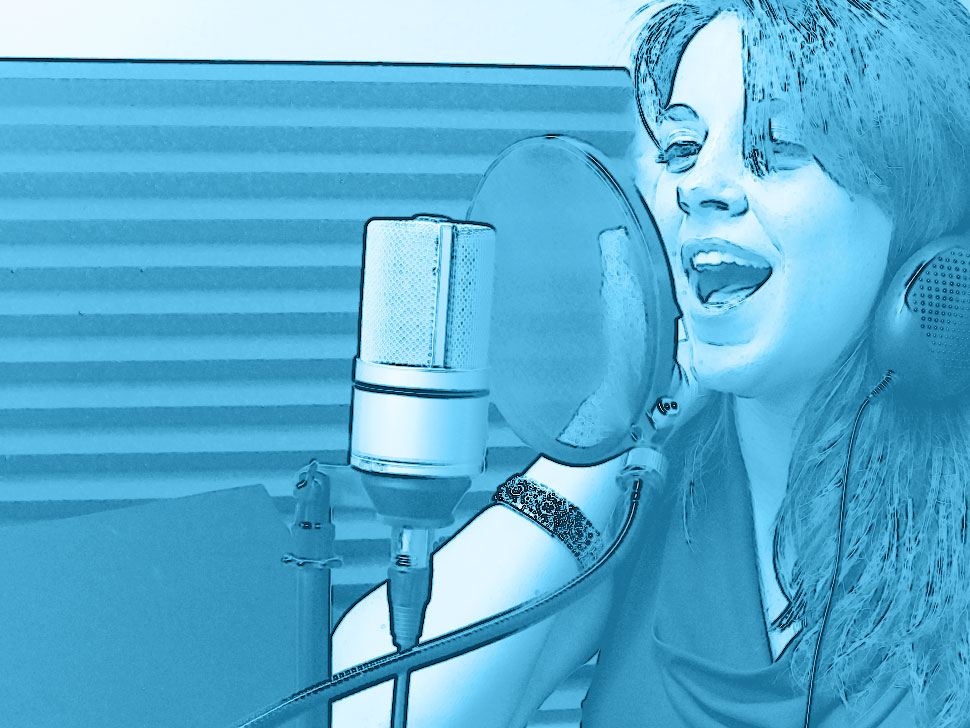 Advice on getting the best voiceover performance through clear direction.

Whether you work in film, commercials, or music, there's generally one element that holds true: someone's voice is stuck right up front in the mix. A nice man or woman begs us to buy their shoe insoles, or screams at us about some lost lover, or tells a story about an age long-gone. In every instance, someone is telling them how much they should beg, how raspy their scream should be, and how sappy their sentimental narrative should be. While there's generally a producer or director calling the shots, in many instances an engineer's input is invaluable - and very often is the winning opinion in a critical debate over just how "sexy", "smiley", "conversational", or "authoritative" (or any other loosely-used adjective) a voice should be.

Back in college I had a teacher who made it a life goal to change the way people (at least industry-types) talked about sound. He literally wrote the book on it: The Art of Recording by William Moylan. Whether or not this is successful is yet to be determined, but the task is clear: replace unclear and nondescript adjectives describing how something sounds with very literal interpretations. You can read all about it in the book, but in general, here's the problem: people, who are often in charge of a singer or actor's approach - and those actors or singers themselves - are trained and accustomed to visual or theatrical cues to guide what they create vocally. What this has done is created a language of pseudo-descriptors. Sometimes these adjectives fit the bill. Other times, using them takes the person in the booth on a wild goose chase and ultimately can severely impact their performance in the end. I've always thought of the engineer as the voice of reason, someone who should remain unnoticed until something really goes awry - or if some sense needs to be injected into the chaos.

Being as direct with language as possible is almost always appreciated. If you're trying to get an "edgy" or "intense" performance out of a vocalist, maybe suggest they are in front of a crowd of 20,000, opening for Black Sabbath on one of their many farewell tours. As often as you can put the performer in a space and directly engage their senses, the better. Conversely, if you want your singer to be "warm", "soft", and "intimate", consider how they'd perform whispering into their lover's ear over a couple bottles of red wine and chocolates. Too awkwardly descriptive? Not at all.

In the end, everyone might end up getting a few laughs out of it (never a bad thing), but ultimately you'll save the day - and frankly, the performance.

There's this approach in some circles of psychology that pushes for "positive thinking". This idea, however popular or not, backs the notion that by thinking positively (i.e. not fretting too much over day-to-day stresses), positive results (or at least a positive frame of mind) will ultimately follow. I would never, ever advocate that an engineer get too deep into the psyche of their talent in the booth - but there's something to be learned by this. While this practice in relation to someone's long term well-being is questionable, its effectiveness in sessions is almost always enormous.

Consider this: all day session goes all night. It's 4 AM and you're laying down what are to be the final voiceover reads or vocal tracks for a major client. Stresses, high enough already, are amplified because everyone is exhausted from looking at each other, let alone working with each other. The engineer is no different. It takes a certain balance of guts and faking it to muster up the gumption to take a deep breath, put on a happy face, and move things along.

The situation is clear: no one is curing cancer or saving the planet by obtaining the best take. By taking the burden off of everyone's shoulders, having a calm demeanor and good sense of humor (or at least refraining from making it clear you haven't slept in days) can do the trick. Smother the talent with compliments about their hair, laugh at the producer's jokes, poke fun at the impending sunrise... and keep the session from veering off the rails. Honesty coupled with this "we'll get it done" professionalism rubs off on everyone, and very often prevents emotions from turning into session-ruining blow ups. At the very least, you'll gain a heck of a lot of respect.

Sure, talent goes a long way in determining someone's future success. There's nothing more important than your ear. That said, this is Earth, and the human race can offer few saviors. As an engineer who deals with people on a regular basis, be the nice guy (or girl!) in the room. Be the engineer people want to gossip with - then, take that gossip and act like you never heard it. If you treat people with respect and every project like your own, it'll go a long way in determining your success. Your fader-sliding/mouse-clicking skills will undoubtedly follow.