Now That Computers Can Write Music We Don't Need Musicians 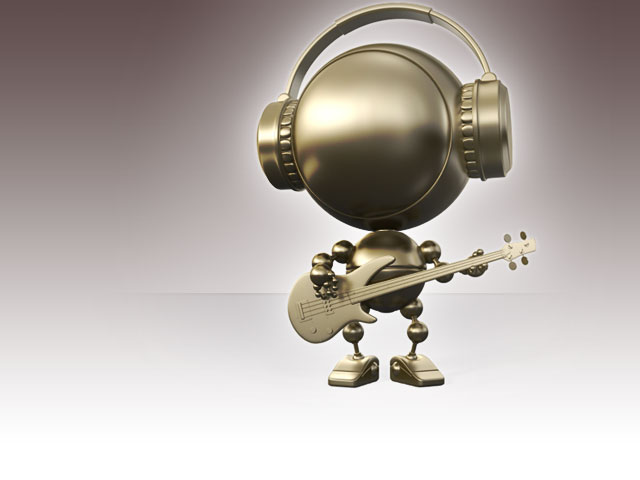 Back in the day it was all about blood, sweat and tears. Now it's all about processors, algorithms and MIDI. Computers are writing music. So the rest of us should probably find something else to do.

Ah, the good old days. Remember when music was written by people? Those whacky humans, so full of life and inconsistency. They would sit down at a piano or some such other wooden noise maker. And then out would come the tube of ink and slices of dead tree. And then, viola!, sixty hours later a song was born. How quaint.

It's a good thing Steve Jobs invented the computer and Al Gore invented the internet. Otherwise humans would still have to write their own music instead of spending time doing what they should be doing: working at Dunkin' Donuts.

Musicians everywhere can now thank Josiah Oberholtzer, a man inherently cool if for no other reason than having the same first name as President Bartlett from The West Wing. But Oberholtzer is no leader of the free world, just leader of a revolution that will soon have the music-making population of planet earth traveling to distant lands in search of someone who wants to listen to—and pay for— music made by actual people. Yuck.

Ok, full disclosure here: this stuff is actually kinda cool. It's based on an algorithm (yes, written by humans) that takes input from the "composer". It's actually better when Oberholtzer says it: "It starts out abstract and poetic, but it gets more concrete over time. Some things are easy to describe, like harmonies, but others are harder, and I’ll have to come up with my own methods to describe them. So that sound that gets made when 20 violins all sort of slap down together? I’ll try to describe it: How long it is, how thick it is, and so on."

After that, the computer jumps off the desk, turns into a humanoid robot shape, grabs a guitar and a pair of leather pants, smokes a joint, plays a couple tunes and then picks a girl out of the audience to take back to it's robot hotel room which it then trashes (the room, not the girl).

Anyone know if Starbucks is hiring?