In The Studio - Part 2 - Basic Compression and Gates 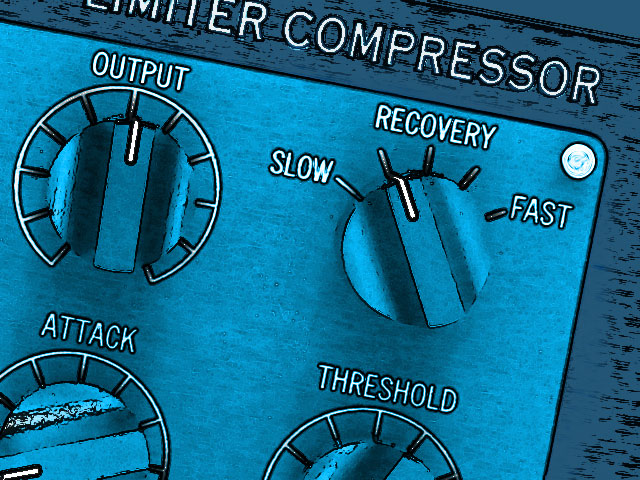 In the second installment of producer Derek Chafin’s studio theory extravaganza, Derek talks about compression and gates. So there.

Compression is what your ears do when something extra loud happens – you feel the sound and world kinda clamp down for an instant. If there is one key to making great recordings it’ll be your use of compression. It’s the brush you’ll use to paint.

Compression can make something impossibly loud in a mix but be somehow perfect and not overtake the whole thing. It’s not just limiting a sound - the reigns to your galloping horse - it is also tonal. You’ll find you use less EQ when you use your compressor(s) to its potential. More on that later but for now a basic understanding.

Most compressors have 3 elements to them: Threshold, Ratio, and Release. Threshold is at what level you want the compressor to kick in, ratio is how hard it kicks in and release is how long it holds after kicking in. Set the compressor to a ratio of 1:1 and with the quickest release (generally gauged in ms [milliseconds]). Run a sound through it and start moving the Threshold. You’ll see the needle start to move or a bar go up and down or some representation of the same. This lets you know at what point it will be working, depending how loud the sound that goes into it is.

Want even a whisper of a screaming track to dip into compression? Then adjust the compressor to a low threshold. Want to have the sonic equivalent of having landed flat on your back with all air removed from your lungs after a drunken misguided dunking contest? Then turn that ratio up, 20:1.

Release is how long the compressor stays on. This also greatly affects not only tone but how a track “breathes” and sits in the mix. The difference of a gentle nudge versus a baseball bat is the balance of these three elements. This will greatly affect your tone and can make some incredible cool sound from what was once an ordinary sound.

A word on gates

Gates work the same way with Threshold telling you when a gate will kick in and release and how long after dispatched on its minion like mission it will stay. Difference is, a gate is just that, a door that opens and closes. A gate setting determines when a sound gets through at all and when it doesn’t. Very useful stuff. When and when not to, I’ll get into later.