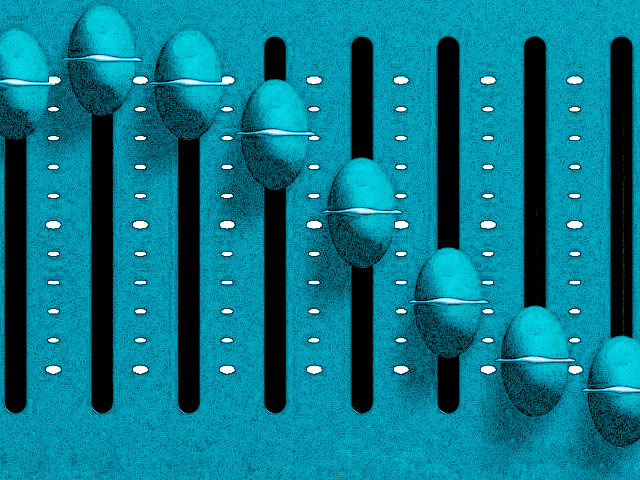 Renown producer Derek Chafin kicks off his In The Studio series with the kind of EQ basics every engineer needs to know.

There’s lots of recording information out there. But in this series, I want to not only provide some basic understanding of terms and approaches, but also - and more importantly - make it usable for you in the real world. I’ll also get into more advanced stuff, especially from a producer’s point of view.

I’m going to go over basic terms and uses of EQ, Compression, Mic’s, mic’ing techniques for many different instruments, studio and recording space ideas and production techniques, and some other ideas to get you thinking and help find the method you can call your own. Your sound, your unique take on things.

So, keeping in mind that every rule is meant to be broken - which is a part of why we are attracted to music and creating it - let’s begin.

EQ (abbreviation for equalization) is the bending of frequencies to your will and bidding and make that sound your beeeatch!

There are 3 main kinds of EQ. But first, let’s talk Q. No, I didn’t miss the E before it, and it’s not the gadgets dude at MI6 in the Bond films. Q is how wide (or narrow) a bandwidth or frequency range you can change. Keep this in mind.

Look at frequency as a horizontal line with 30Hz (sub Low) as the beginning on the left, and 20KHz (super high), the end on the right. The middle frequency with a wide Q would turn the straight line into a smiley face if you turn the gain down, or a frown if you turn the gain up. Maximum impact on the middle and lesser so as you gradually go to either side of center. Mountain or molehill, spike or pothole, depends on Q.

The first EQ type is standard EQ which is treble, bass and sometimes middle control. Your stereo on a small live board will usually have this kind of EQ. Each knob or control adds or subtracts from a particular frequency range. With this kind of EQ, each control generally has a large Q.

So, if you turn up the treble/hi knob you could be effecting every frequency between 2K and 15K - a large portion of the sonic spectrum. There are endless kinds of this EQ, each with varying degrees of Q range. But the heart of it is that, by turning the treble up, the sound gets brighter and by turning the bass down (if you must), it won’t be as boomy. Simple.

Think of Standard EQ as a graphic EQ with only 2 or 3 knobs. Each knob/fader/slidey-thing raises or lowers that particular bandwidth. Live sound people use these a ton to sculpt the overall room response and change it to get the most out of the way the room reacts to - and with - the PA. It makes it easier to not turn the room into a violent hurricane of low end threatening your rib cage and also to protect your drinking glass from doing a Memorex commercial with shards of glass and eardrum to be cleaned up when the paramedics arrive.

It’s sometimes a lot easier to do this through one Graphic EQ than going into each mic channel and EQ on the mixing console, which can become a dull mess.

Parametric EQ is near and dear to my heart. And, if you’re recording you’ll mostly likely be using this kind of EQ. Parametric has three components: Frequency, Gain, and Q. You can select the exact frequency, raise it or lower it and then choose how many surrounding frequencies will be affected from wide ranging hand-grenade to exact like a surgeon’s knife.

Most Parametric EQ’s have 4 points to sculpt your sound. Some have even one more blade in a EQ Swiss Army knife.

Roll off is like a brick wall. When turned on, the nice gentle curve goes away and something like the cliff in The Abyss happens. Everything below that frequency plummets in a rapid decline (and probably not saved by alien life forms). High and Low Pass Filters do this in the opposite. The Ezra Klein graph of this would look like the Plains meeting a steep mountain with a plateau at the top that goes on beyond the horizon. How high the mountain is is selected by how much gain you give it. So high frequencies or low frequencies can be brick-walled with every frequency above or below being raised or lowered an equal amount.