Famous Guitarists And Their Guitars, Part 2 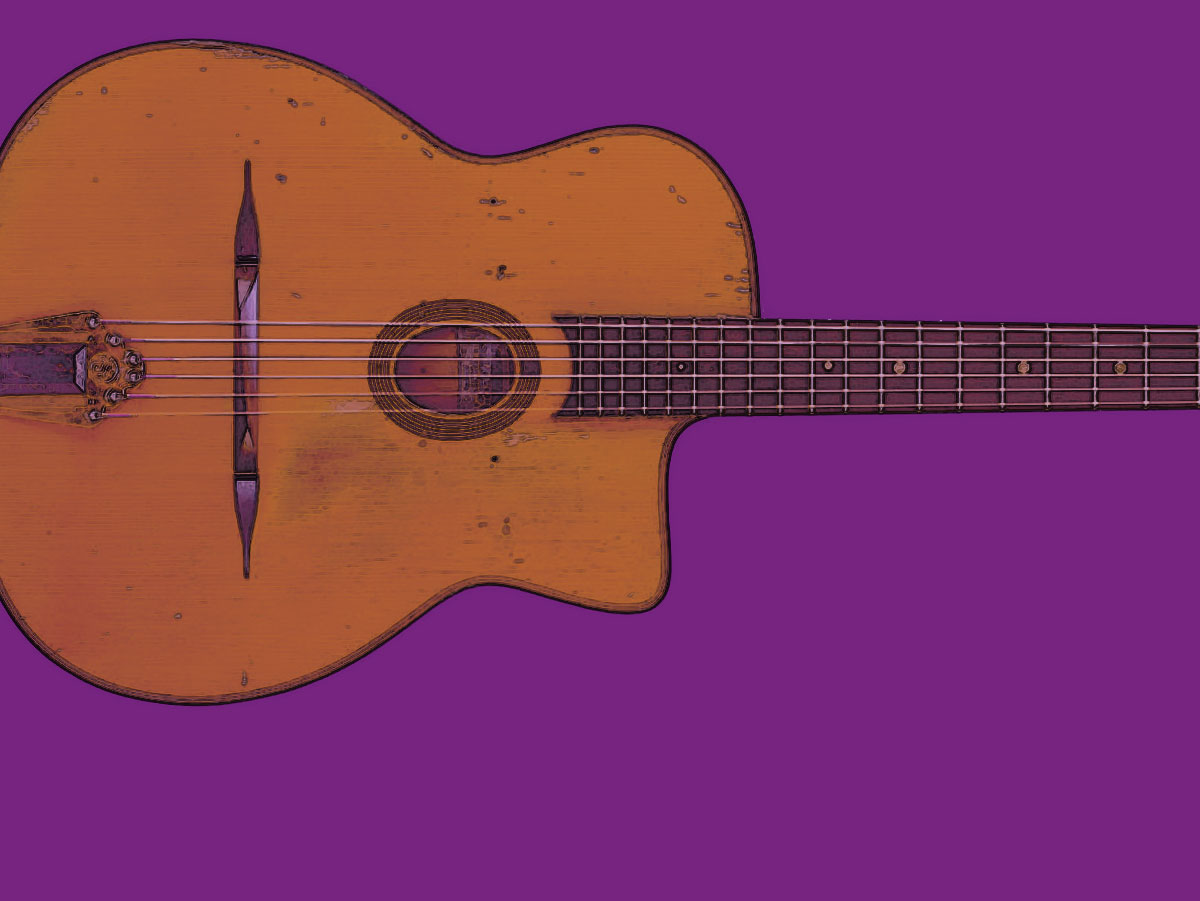 When it comes to your average guitar god, an iconic guitar is never far behind. Join Keith Link for part two of his romp through the garden of legendary players and their axes.

It's nearly impossible to imagine certain legendary players without the instruments that have forever been an extension of their bodies. On posters and album covers alike, you'd always see a set of hands so intimately familiar with every fret and every dent that it told a story about the relationship between man and machine better than any words could say.

Angus Young and his Gibson SG 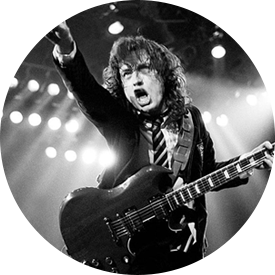 AC/DC's Angus Young may well take the prize for being most committed to his stage act, stubbornly refusing to retire his trademark school boy uniform—a uniform he has worn for over four decades now. At first a rebellious symbol of anti-establishment irony, now in his late 50's, it just looks like he lost a bar bet or something. Here's hoping he washes that thing every now and again.

Now, whatever his choice of stage attire, the ensemble is certainly not complete without his trusty Gibson SG. A guitar that, in the hands of Angus, has produced some of rock's most fist-pumping anthems. Legendary guitar riffs for songs like Highway To Hell, Back In Black, For Those About To Rock—they all feature the mighty thundering SG.

David Gilmour and the "Black Strat" 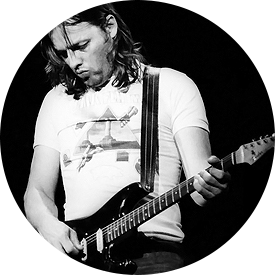 David Gilmour's tasteful blend of psychedelic effects and his firm command of the blues have made for a legendary sound many try to imitate but never quite get. Let's face it, as effects happy as he is, a lot of Gilmour's sound is his thoughtful phrasing and historic bends—something you're not getting unless you're David Gilmour himself playing those notes.

With Gilmour a Fender Strat is usually his guitar of choice. He has a few notables including "The Red Strat" and a Stratocaster with serial number "0001" which is a curiosity. But since Fender did not use sequential serial numbers, it actually wasn't the first one made.

The most famous of his guitars is the "Black Strat" which was bought from Manny's in New York City in 1970 after some thieving bastards stole Pink Floyd's touring rig. It's a 1969 model that started sunburst color but had been painted black prior to Gilmour's purchase. This guitar has been constantly changing over the years at the whim of Gilmour's distinctive tonal tastes. Pickup configurations and other modifications, necks, switches, and a shortened tremolo arm have all been well-documented in a Hal Leonard book and online if you care to know them all.

Slash and his Les Paul 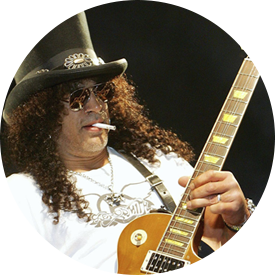 At the height of the 80's hair metal craze came a little group called Guns 'N Roses who, in one album, tore down the whole façade, leaving only the lingering haze of hairspray in it's path. That is, until Nirvana could put the final nail in hair metal's coffin.

So here's the thing: you know the legendary Gibson Les Paul that Slash played those searing leads on during the Appetite For Destruction days? Well, turns out it's a replica. Yep. Built by luthier Kris Derri of MusicWorks. Apparently there's a bit of contention as to what actually was and was not a real Les Paul back then. If you want to read all about it, here are the sordid details on the subject.

Of course, Gibson is more than willing to do some history rewriting and claim ownership of that iconic guitar. They have since produced a signature Slash Appetite Les Paul model.

A replica of a replica? Hey, whatever get's the job done.

Django Reinhardt and his Selmer 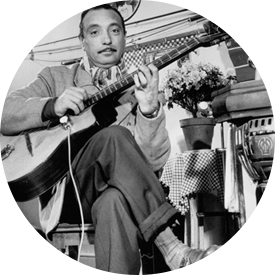 Paris-based Selmer company made wind instruments before partnering with renown classical guitarist and master luthier Mario Maccaferri in the 30's to produce a series of guitars to his exacting specs. These guitars featured a distinct D-shaped sound hole and several innovations including an internal resonator, sealed tuning machines, and a metal-reinforced neck. Maccaferri's association with Selmer didn't last very long, but the company continued to build upon his original design.

Less than a thousand Selmer guitars were ever made. So if you happen upon one at a yard sale while scoping out vineyards in France with the missus, you might wanna pick it up.

Wes Montgomery and his Gibson L-5 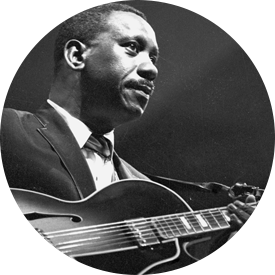 Wes Montgomery is one of the most influential jazz guitarists of all time. What did he play? Well, he mostly played a stock Gibson L-5CES archtop, with Gibson later producing a few custom L-5 models for him. These custom models had a single neck pickup mounted upside down, a technique common to rhythm guitar players that helped produce an even EQ for inverted chord voicings. He used heavy gauge flatwound guitar strings.

Wes picked with the edge of his thumb, a style he initially developed from the need to practice quietly while his wife was asleep. It grew to become a chief attribute of his distinct sound allowing him enough control to play mellow or push the dynamics when he needed it. In fact, he would often wear a heart-shaped pattern into the finish of his guitars where his fingers rubbed against the surface as he played. He later accentuated the mark with a mother-of-pearl inlay.

“I got a standard box. I don’t never want nothing special. Then if I drop my box, I can borrow somebody else’s.”
-Wes Montgomery

For more on Wes' gear and playing style check out the Guitar Player article 10 Things You Gotta Do to Play Like Wes Montgomery.

If you missed Part 1, it's right here for your reading pleasure. And I really appreciate all the help Sessionville readers gave in picking this next bunch of players (especially Fabrice Dziezuk). If you have any more helpful suggestions I'm all ears. Just leave them in the comments below and look out for Part 3.