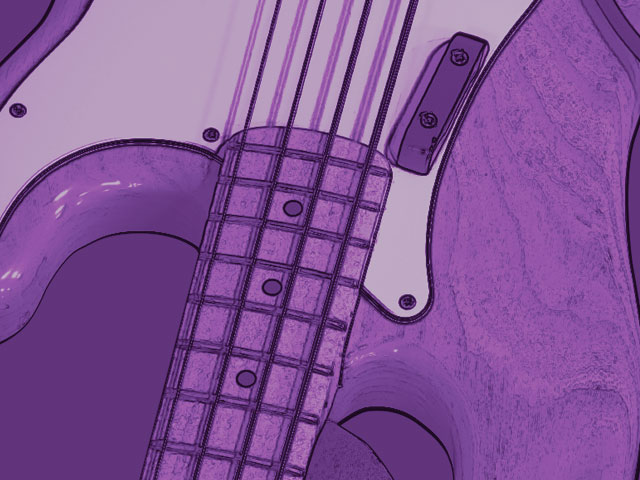 Part 3 in the EQ series covers the basics of electric bass equalization in the studio.

Back for Part 3, this time getting a little more specific. While upright bass, and strings altogether, deserve some talk-time, we'll stick to the rock combo elements for now (and if y'all keep reading, I'll keep going!)

Electric bass guitar, more often than not, is recorded directly (sometimes in addition to a mic'ed amp). For micing though, being as it's a bass, you are highlighting lower frequencies than most of the other instruments in a group and thus, need a mic that is able to represent those frequencies accurately (such as an AKG D-112 or similar... usually large diaphragm dynamics). These frequencies are generally ones that you don't want to be overly prevalent in the other instruments (except maybe the kick drum, but then again, your bassist and drummer should actually be tight first). Keep these simple bass amp micing rules close:

Your direct signal will be inherently "cleaner" because you have no room reflections or other extraneous environment sounds to deal with. While this is great in terms of dealing with these types of issues, your mic'ed sound will pick up less string buzzing and reduce audible inconsistencies the player may have on the frets. Again, it's a subjective balance.

For EQ, a lot of the bass's definition lies somewhere around 750-900 Hz. Keeping a relatively medium Q and boosting this range 3 db or more is a good start. Roll off the bass pretty strongly below 150 Hz or so as too much bottom can make the mix "washy" and notes unclear. Also, pay attention to 5 kHz and above: you may find that you can settle the bass in the mix better by lifting lightly with narrow-medium Qs at specific points for part intelligibility. Start tailing your curve off lightly above 8 kHz or so, and pay attention to areas where string buzzing is apparent. Compression here will significantly help too (another article for another day).

Your mic sound will be much more complex, and how the player, room, amp, and mic placement react with each other is going to determine what kinds of sounds you are dealing with. The "real" factor of having these interactions can either help or hurt you, so prepare accordingly. As with guitars, getting a selection of different sounds with different perspectives can't teach a player his parts, but it can certainly give you plenty to work with.