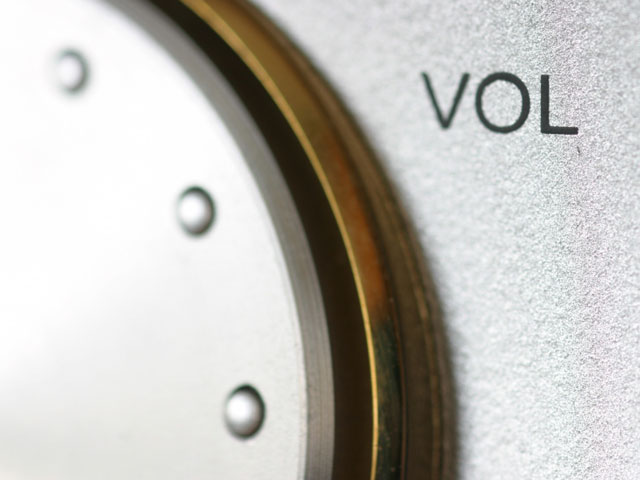 So, here's what you need to know about your stereo: unless you're in a giant room, playing dance music for a 1000 screaming people, you don't need nearly as much power as you want to think you need.

Here's another little tidbit: According to Steve Guttenburg over at CNET, it doesn't matter what your volume knob looks like while it's doing what it's doing. Why is that important? Well, apparently people think the position of their knob (no pun intended) has something to do with the power of their audio gear.

Steve also makes mention about the fact that the power rating on your amp is utter and complete bullshit. That 300 watts you thought you had? Apparently you don't have it. But then again, apparently it doesn't matter. As long as your ears are bleeding and the new Nine Inch Nails record sounds like the four horsemen of the apocalypse smashing through the window of your living room, you're happy, right?