All Hail The 20th Anniversary Nirvana In Utero Re-Issue 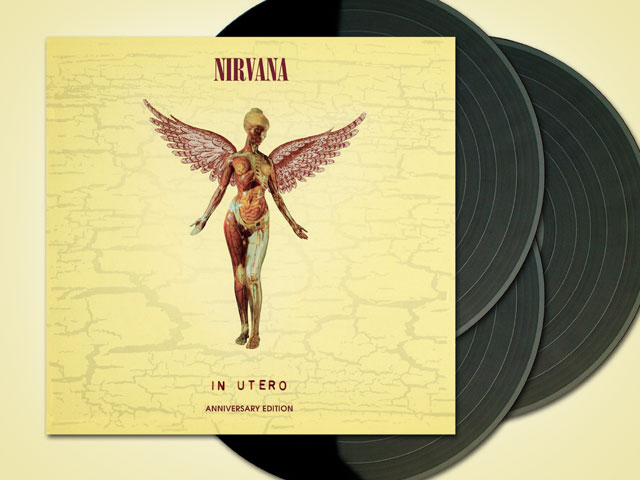 Yes, you're 20 years older. And to prove it, the Nirvana estate wants you to buy the same record you bought 20 years ago. But this time with more stuff on it.

No. It cannot be true. Nirvana's In Utero has not been out for 20 effing years. That would mean that we've aged 20 years in the last 20 years and we DO NOT feel 20 years older. Except that our back hurts a little. And spicy food messes with our tummies. Oh, and we hate that new "noise" the kids are listening t...

Ok fine. It's been twenty effing years since Nirvana's In Utero. And while Mr. Cobain has gone to the great Seattle grunge scene in the sky, the remaining members—Mr. Grohl and that other guy—have seen fit to remind us of their former glory with the all-powerful, if not painfully ubiquitous, re-issue.

"Ah," you'll say. "But this one is different. It's better. It's got more stuff!" And you'd be right. In fact, Rolling Stone, the magazine that everyone says they still read but don't, has it on authority that there will be many a new treasure on this here re-issue. Those new things include a newly discovered track (sounds suspicious), previously unreleased demos (something you usually only want to hear after the band is famous), and some live cuts (not to be confused with cold cuts which would spoil during shipping). 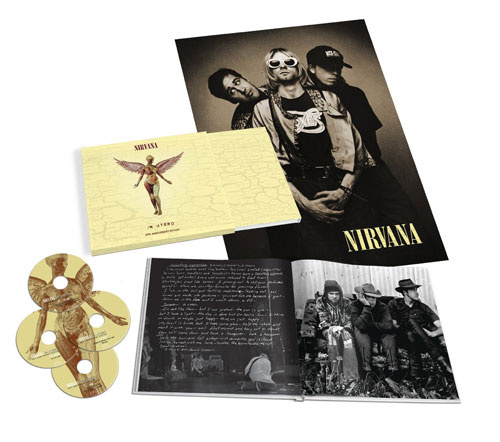 The Nirvana classic In Utero gets the royal treatment in both vinyl and CD (above) with tons of cool memorabilia.

So, if you're feeling old, crotchety and nostalgic for high school all at the same time—and let's face it, who isn't?—you'll want to rush right out and buy yourself a copy of this thing. It will be available physically (yuck) and digitally (yay!).