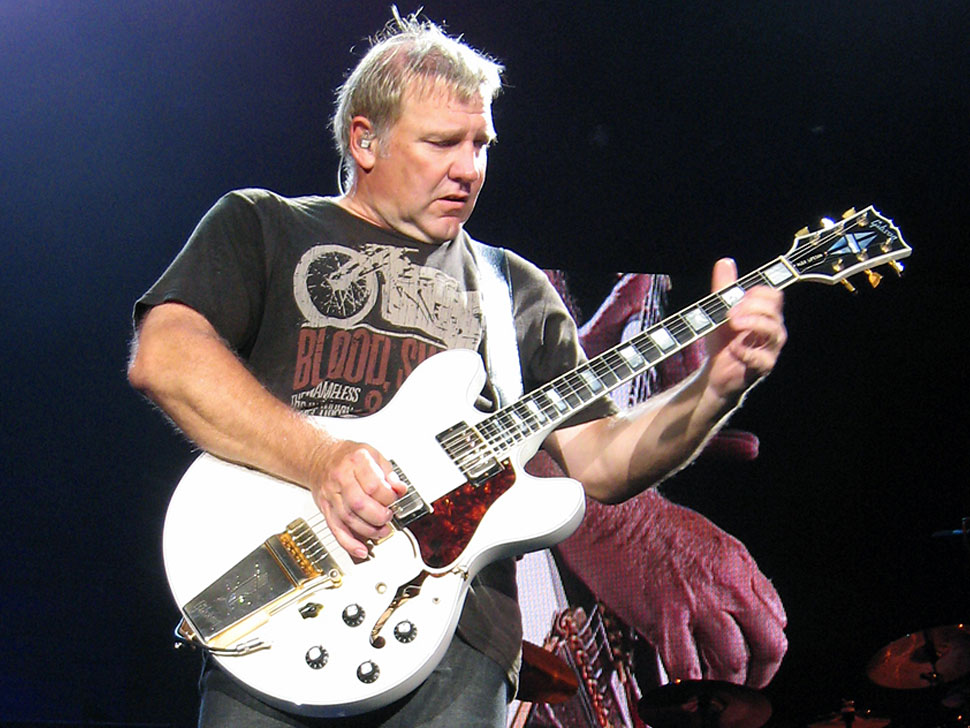 The guitarist of Rush talks about personal tragedy and the process of making—and remaking—records.

Anyone who believes all rock stars have it easy need only consider Neil Peart. The late 90's brought with them the tragic loss of both his wife and daughter. After that, not a soul could blame him for dropping out. He didn't touch a drum for three years.

In 2002 Neil got back with Geddy and Alex for Vapor Trails, a triumphant return of the legendary Canadian trio. Or was it? Time passed and, while Peart steadfastly refused to listen to those tracks that held the pain of unthinkable tragidy, Lee and Lifeson soured on the recording. “It really bothered us that it didn’t sound like it did when we were making it,” Lifeson says.

Read the full interview and you'll hear the voice of an artist who understands that a work of art is never truly finished. It's a lesson to future generations who must make peace with the nature of the music business—the need to occasionally release new material short of perfection, and the right to go back and attempt perfection after the fact.

Lifeson describes the basis of his problem with Vapor Trails as "poorly done" mastering. It's not hard to see how that realization would lead a band like Rush, whose artistic integrity is as limitless as its resources, to the inevitability of remastering. Mastering, after all, is a technical art, and an artist's touch is required. Great mastering reads between the lines, helping to realize the vision and soul of the music. Without it, the message is in danger of falling flat, undone by its rough exterior.

Artists being artists, it stands to reason the decision to remaster would catalyze a remix of the entire record. And again the desire for unattainable perfection rears its head, even in the heart of a consummate professional like Lifeson: "I’d like to remix every record we did – maybe update some parts. But that’s crazy, you know? You don't do that – records are moments in time, markers of these different periods of progression and growth. But this one was a very important record – our return after a horrible nightmare. And it deserved better."

Did it become better than it was? That's for each listener to decide alone. For Lifeson and company, wrong was set right and history will hold immortal a vision of the past exactly as they feel it should be.