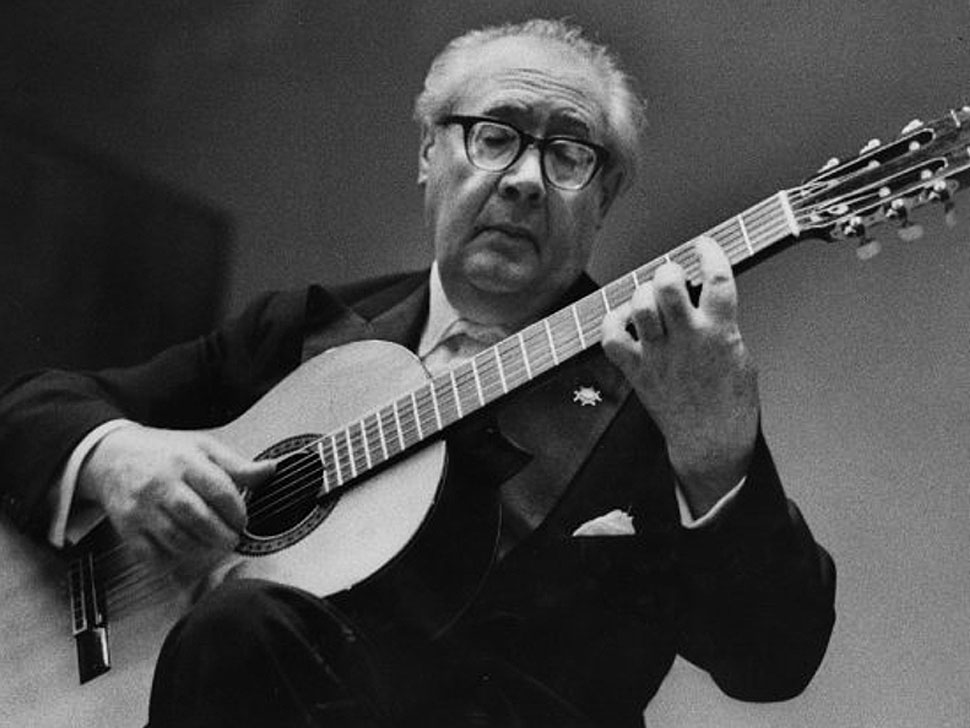 The man was a legend. And now you can sound smart when you talk about him at cocktail parties. You're welcome.

Andrés Segovia is the father of classical guitar. His career spanned nearly 80 years, as he recorded almost up to his passing at age 94. After reading his review of his first concert at age 16 in Paris, he anointed himself as “the Apostle of the Guitar.”

2 He was a responsible young lad.

Segovia remembers the painful day he was left in the care of his Aunt and Uncle. His uncle often sang young Segovia a guitar folk song, and held his arm to mimic strumming. Segovia remembered the “intense and mysterious pleasure” this gave him, and “became the first seed that grew into the most enduring tree of (his) life.”

Segovia hated his first music instructor for having a rough temper, and for pinching Andrés’ arm when he made a mistake. After that, Segovia taught himself.

It was actually the rougher, harsher sound of flamenco guitar that sent Segovia on his mission of not straying from tradition. He tells the story of being a young boy where a harsh flamenco guitar “almost knocked him out of his chair.” He then saw a purpose of preserving and conveying the classical guitar’s beautiful exquisite tone, and said that he had to unlearn what he had learned from Flamenco guitarists.

5 He came late to the States, but kicked ass anyway.

When he made his New York debut in 1928, he was 34 years old and had astonished music critics. He had already been famous in Europe by playing 18th and 19th century music by Bach, Haydn, Sor, and Tarrega. Even at that time Segovia’s mission seemed to be to elevate the guitar above other instruments of the time and, in doing so, convey the most distinctive, warm, exquisite tone which, for guitar, was a rarity at the time.

6 He never strayed from his artistic vision.

A true artist, Segovia never wavered from his mission. He was less interested in being popular, and was driven by his fidelity of preserving a classic tradition. Throughout his entire 78 year performing career, he stayed true to his calling of communicating 19th century, old-fashioned music. Even his physical image and clothing conveyed conservatism, and the look of a professor from an earlier time.

7 He was kind of stuck in his ways.

Segovia could be stubborn when it came to protecting his mission and ideals. Some other famous guitarists, including Julian Bream and John Williams, were eventually criticized and rejected by Segovia for not staying true to his ideals or methods. They even spoke out publicly about Segovia’s autocratic teaching methods and stubbornness.

8 He had what the doctors call 'a little bit of a weight problem'.

Segovia was on the plump side, and his hands were huge. Originally, the guitar was played either by fingernails or the fleshy tips. Segovia used both methods which gave him an extraordinary palette from which to pick (no pun intended).

9 He's the reason your classical guitar has nylon strings.

Segovia’s most famous innovation came after World War II in using nylon guitar strings. Most people of the time agreed that the nylon version was better and more consistent than the prior stretched gut strings.

10 He was a total workaholic.

Late in life a concerned friend asked Segovia why he continued to work so hard at his age. His reply: “Because I will have an eternity to rest.”