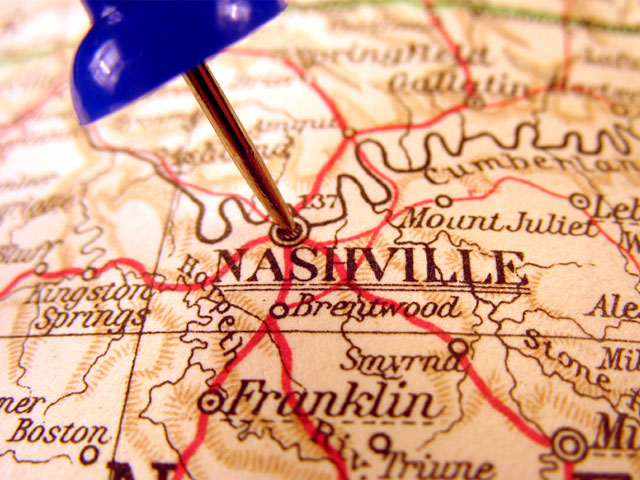 Sure, Tulsa is sunny and Scranton has a nice ring to it. But if you're going to be a big star, you better start in the right place.

Whether you wanted them to or not, the folks at Billboard Magazine did a little research on your behalf. Somehow they knew that, despite the pleas of your parents, you were heading towards a job in the music industry.

Billboard, who just wanted to be helpful and stuff, took the time to figure out where you should live. And the answer is Nashville.

Apparently there are 7.8 people in the music business for every 1000 Nashville residents. We also learned that it's 11.1% cheaper to live there than the national average. And they have more Burger King locations per capita than anywhere else in the world. Ok, we made that last one up.

Still, it would seem, to the untrained eye, that Nashville is the place to be. After all, with so much of the population of that city being comprised of music industry professionals, there must be more gigs, talent and chances for stardom there, right? Maybe, but it doesn't seem likely.

The fact is, the majority of music jobs in Nashville are just like regular jobs. Publishing companies and record labels need accountants, admin assistants and A&R reps—people with bosses, quotas and cubicles.

True talent, on the other hand, doesn't live in any particular city. The Internet made sure of that. Bjork is from Iceland, somewhere you've never been. And she managed to be fairly awesome. On the other hand, David Hasselhoff started his music career in LA. And we still haven't recovered.