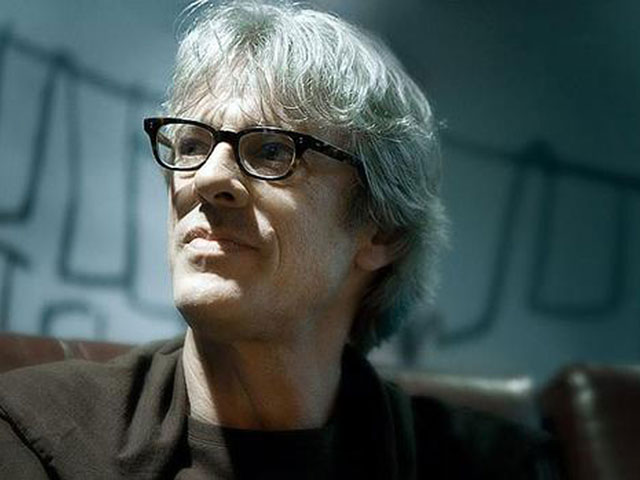 Brian Hardgroove (Hardgroove, Public Enemy) mixes some of the greatest hits of The Police into a fascinating interview with the great Stewart Copeland. Stewart talks about everything from spending part of his childhood in Beirut with his CIA agent father to forming—and eventually quitting—one of the world’s most famous rock trios.

Hardgroove, a world class musician in his own right, pulls Copeland through his transition into film scoring and the storied reunion and world tour of The Police, wrought with the interpersonal battles that ultimately brought about the demise of the band in spectacular fashion.

Copeland also talks about his new book, Strange Things Happen, a walk through the life of a rock legend told with a first-person candor that makes you feel like you’re hearing something that you weren’t supposed to know.

On the birth of The Police

“I ran into Andy Summers on Oxford Street in London and he pulls me into a cafe and says, ‘Stewart look, you and that bass player, you got something. But you need me in the band. I accept.” He hates it when I tell the story like that but I promise you that is exactly what happened. And guess what - we did need him in the band. And when he joined the band, that’s when the real Police began.”

“I would walk out of The Police studio, which was a hell pit... into the loving embrace of Francis Coppola and a studio where I”m making all the music myself with no compromises, no beating down, no screaming matches, nothing, just the joy of making music and it was just the contrast from hell to heaven that really woke me up to the fact that there’s a great life to live out there, outside this pressure cooker.”

On the end of The Police

“The Police had become a monster; a corporation. And it didn’t feel like it belonged to us anymore. And we were surrounded by a whole machine that’s there to exploit us. And it wasn’t working for us anymore. We start to feel like we were working for it.... So we realized that the only way we could experience life, doing other cool, interesting stuff... We had to melt down the golden cage.”

On fighting with Sting during the reunion tour

“As the crew around us started figuring out, when Sting and Stewart start going at it, next that’s going to happen is a really great show. It’s strange how that dynamic works. An eminant conductor once told me that if you want to get the orchestra to really lean forward and play their best, pick a fight with them in dress rehearsal. And that way, when you get out on stage, everyone wants the moral high ground; everyone’s going to just try that little bit harder to be everything they’re supposed to be.”

Brian Hardgroove is a producer, artist-in-residence at Santa Fe University of Art & Design, and musical director of Public Enemy, recently inducted into the Rock 'n Roll Hall of Fame.