Start Making Money With Your Music 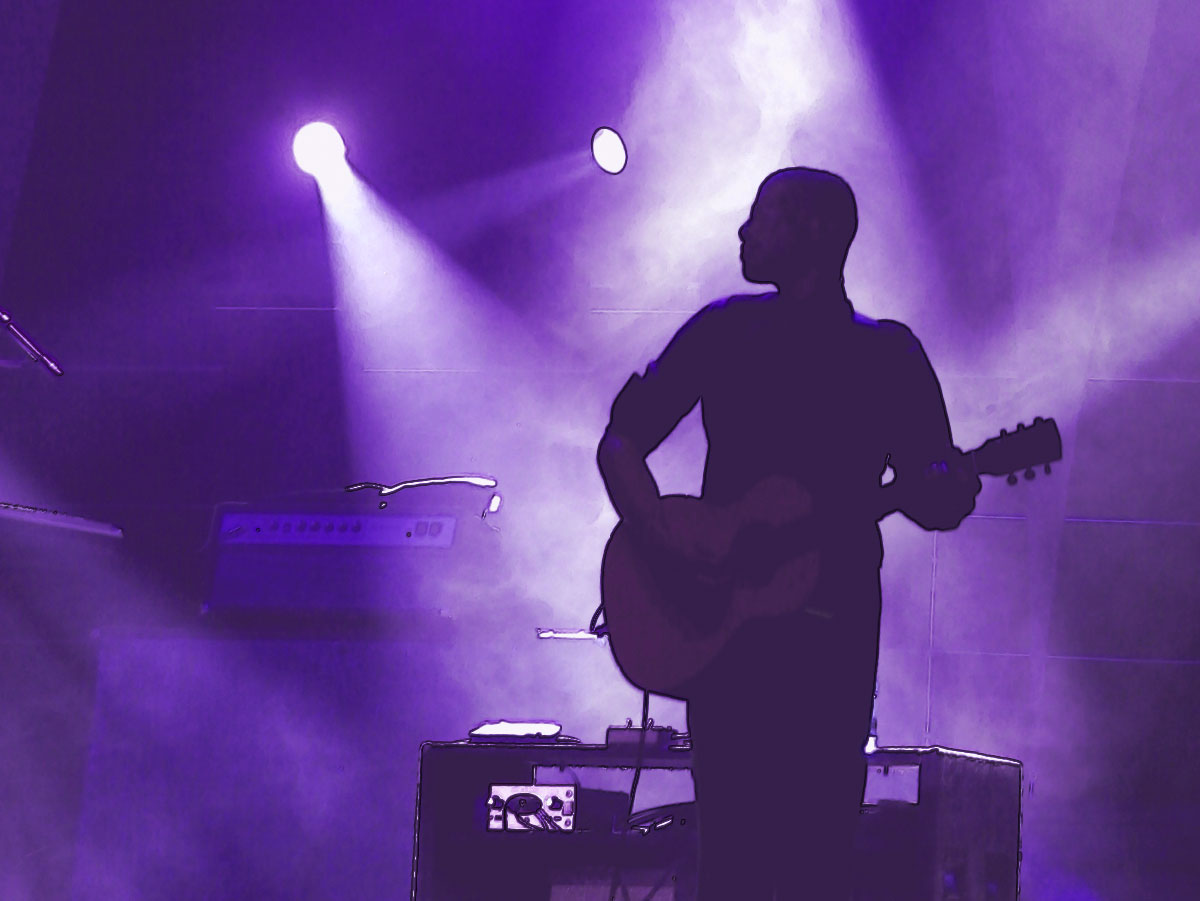 The world is hungry for music and beats. From movies and TV to websites and games, there are so many opportunities to be heard (and paid). Are you ready?

While we consume oodles and oodles of digital content, somewhere—whether in a big name studio or a studio apartment in SOHO—there sits a person behind the faders creating all of this content we as consumers have grown to expect in our daily lives. Digital content is literally everywhere, thus creating a demand in the industry for content creation to feed the proverbial beast.

That is the best word I can find to describe the condition of the music industry over the last two decades. But, during this process, it appears the term "music industry" has expanded far beyond the common definition of an entertainer, a label and a few hit songs.

Enter one Ellis Dews, from Pay Dews Music Group. Ellis is an Atlanta-based composer/sound designer best known for his featured tracks heard on America's Next Top Model, Kourtney & Khloe Take Miami, Bad Girls Club, MTV Road Rules, G's to Gents, Basketball Wives and much more. I've worked with Ellis for a number of years now. So, when this topic presented itself, he was the first person who came to mind to ask a few questions.

With the competition so fierce, you have no choice but to be better than the rest.

“A career in the industry is very doable. As long as you are persistent and check your expectations, the field is wide open,” Ellis advised during our interview. The focus of our call was to give me a candid look at an industry insider so I could provide some insight to our creative brethren out there fighting the good fight.

I asked Ellis, “What is the first piece of advice you would give to an up-and-comer making his or her first track?

Ellis replied, “Be realistic. Don’t set your sights on one thing and miss everything else that is passing you by. You have to be dedicated and persistent. You can't just focus on one or two tracks. You have to keep a steady flow of work out there to get your name heard. There are so many opportunities out there, you just have to get your stuff into the right hands.”

At that point I asked, “With so many kids out there using a few loops, slapping their DJ name on it and calling it a hot beat, how can new artists set themselves apart from the crowd? I mean, it would seem the market is saturated at this point.”

Ellis: “I think that might be a good thing though. It pushes young artists to be unique. With the competition so fierce, you have no choice but to be better than the rest. It ain't hard to see the difference between a canned loop and something someone has been working hard to create. That type of competition is what motivates artists to be the best they can be. It raises the bar for everyone.”

It’s common for newbies to have a very black and white view of how to be successful in the music industry. There is this perception that either you get signed and make millions of dollars or you don’t. However, the endless possibilities that reside within the gray area are what many would-bes and hopefuls are not catching on to. Below are just a few of the options to help you get out, be heard, and make some well-deserved cash-ola.

Websites like iTunes and CD Baby are great. But, as a newcomer, your chances of seeing any real money are pretty… pretty… pretty slim. So, in an effort to be heard and get some traction, plays and hits on your profiles, look into these free upload sites to establish a fan base:

SoundCloud allows you to upload up to 10 tracks on a free standard account. You can copy and paste your tracks into other social media via handy widgets. SoundCloud is a community not just of artists, but of listeners too, allowing listeners to make comments on the tracks themselves, as well as certain parts of a track they like.

I'm fairly certain there is not much explanation needed for MySpace. Recent efforts have gone into the site to remove the tumble weeds from old user profiles, limit the webcam spam, and cultivate the community as an artist’s site to boast one’s talents.

Once you upload here, your tracks are placed into categories for your given genre with ranking charts. You are also provided with an artist profile which you can link into other social media networks.

Much like the others, you can upload and create a profile here, but you are then paired with like artists, which can perpetuate discovery when listeners search for musicians or artists that may be similar to you.

OurStage is a bit different from the aforementioned options in that it is like a battle of the bands done monthly. Your track will be presented alongside other artists for listeners to cast a vote. The more votes, the better your charts, and ultimately there are monthly winners.

Recorded tracks are great, so are music videos. But even for a famous artist, there is nothing better than seeing your favorite song played unplugged, or in the raw. A simple webcam and a heartfelt rendition of one of your tunes, or even a crafty cover can often boost the attention your music receives.

Much like Picasso’s blue period, as artists, we often get stuck in a creative stage almost like a skipping record. I refrain from saying the word rut, because if you're creating, well how could it be a rut, right? Right…

I was writing an album a few years back, and when it came time to select the tracks to include in pressing, I realized that three of the 12 songs I had written were invariably the same song. Yes, they were arranged differently, in different keys, but still the same song none the less. Ultimately I ended up sending two of these to the chopping block, chalking them up to pre-production versions of the star.

“Our goals can only be reached through a vehicle of a plan, in which we must fervently believe, and upon which we must vigorously act. There is no other route to success.”
-Pablo Picasso 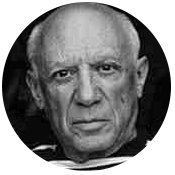 When sending out a demo or showcasing a collection of your works, always try to present a variety for your listeners. You want to illustrate that you have diversity in your abilities.

Similar to this, we often get caught in the game of being a certain type of artist. We've all been asked, “What type of music do you make,” or “who do you sound like”. The age-old adage, “be yourself” could not be better applied than in the case of your music:

Digital tracks and beats are one of the most prevalent aspects of content creation on the consumption market to date. A balance of beat and melody has become the gold standard for this type of creation. While highest in demand, this type of creation has also become the highest in supply, meaning there is a saturation of creators out there flooding the market with beats and loops galore.

Try listening to music you would normally stay away from. Rock guys, listen to some hip-hop. Rappers, throw on some heavy metal. EDM kids, seek out some opera. Flood your palette with new tastes and colors, as this will only serve to sharpen and hone your creative chops.

While cooking up those beats, don’t spend a ton of time on one. Instead, make four or five in a short time. Walk away, clear your mind and come back and listen to them. You will know which ones shine and which fall flat within seconds. This will force you to focus on your best ideas, as well as pump them out with authority.

Most importantly, stay inspired. There is a giant tube of inspiration out there called YouTube. There are tutorials and real time creations by the thousands, all there to get your creative mojo flowing. Don't ever hesitate to stop, walk away from the sampler and veg out on YouTube for a few to clear your mind.

Get the most out of your mixes.

Sound editors will often pull from a pool as they are cutting audio backgrounds in productions.

For beats, have a full version, a 30-second snippet of your hook, and an instrumental version. You want the person using your beats to have a variety of choices—especially if your beats are being used in any television, video or visual production.

Sound editors will often pull from a pool as they are cutting audio backgrounds in productions. For example, they will have a pool filled with audio clips labeled upbeat, quirky, awkward, angry, sexy, etc.

As they are laying in transitions for a show—let’s say a reality show—they will have a point where the show returns from commercial to a hot tub scene. They will then lay in the "sexy" beat clip there, moving right on to the next section where, for example, the actress is arguing with her significant other. At this spot they will layer in an aggressive track. All of these audio clips are 15-30 seconds long and labeled so the sound designer can simply drag and drop the beats into the appropriate place and move on to the next.

We live in a generation of data consumption. Content accompanies nearly everything in our lives. From this new and emerging necessity comes a new landscape of stages for all of the creative minds out there. Never before have there been so many outlets for artists to shine. And, while "tumultuous" may still be the word I use describe our beloved music industry, the opportunities that have been born from this feracious new business are nearly endless. The notion of being a successful artist is no longer like winning the lottery. So get on your game, get on your grind, and get your name out there. It’s up to you.