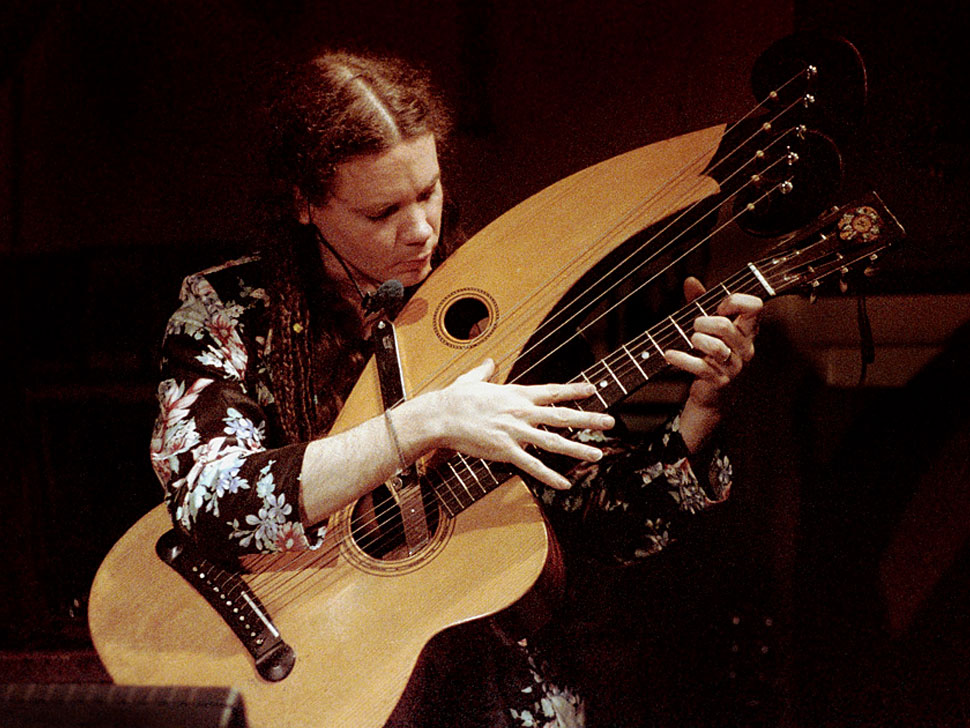 Michael Hedges explored every inch of his acoustic guitar to create his amazing original music. Every sound it could produce from percussion to melody was tapped with a fervor that changed our musical landscape forever.

Michael Hedges was truly the embodiment of that philosophy. He was classically trained in his formative years. From there he spent every waking minute honing his unique playing style until he caught the ear of another gifted guitarist, William Ackerman, who promptly signed Hedges to his New Age label, Windham Hill Records.

If the term New Age gives you pause, consider that, for a time in the 1980s, Windham Hill had quite the roster of talented musicians, each with a unique take on his instrument. Any of the genre’s associated mysticism came more from the artists’ stellar performances. Michael Hedges was squarely in the middle of all that excitement.

His style was born of a fusion of punk rock attitude with a rich heritage of classical and folk music. But Hedges would transcend genres and become the entire band onstage, knocking out infectious rhythms on the sides of his guitar while strumming hypnotic chords in open-tunings - all while tapping out beautiful melodies.

This wasn’t some gimmick either. He played on a different level. He heard and demanded more from his instrument and continued to explore new sounds on each album. His compositions were thoughtfully crafted soundscapes. And his performances were always pure - stripped down to only the bare essentials. Michael Hedges was also an accomplished singer/songwriter and many of his later albums featured his singing.

Hedges died abruptly in a car accident in 1997. But he left a strong legacy behind, having pushed the boundaries of music - and the acoustic guitar - to a new level.

Michael Hedges had a few main instruments he liked to play most including his Martin D-28, called “Barbara”, and custom Ken DuBourg steel string; a W. J. Dyer & Bros. Style 4 Symphony Harp Guitar; and an electric harp guitar built by Steve Klein which had a TransTrem bridge for precise note-bending.

If you’re going to shoot for a sound like Michael Hedges, it’s going to come down to developing your technique. He used heavy gauge strings and would incorporate a wide array of tapping, hammer-ons, drone notes and slapped harmonics. And that’s before you get to combining all that with percussive effects.

This often meant knocking on the sides and top of the guitar in a regular pattern while hammering out a bassline with his left hand on the lower strings while his right hand would strum, tap, and slap it’s own melodies and rhythms on higher strings.

He often used open-tunings, let certain strings ring out and was incredibly conscious of dynamics, bringing some notes lower in volume and others stronger, building throughout the song. This helped create layers and the feeling that several distinct instruments were playing in concert with one another. When in doubt, listen to and watch as many performances of him as you can to see how he fits it all together so beautifully.